The first sketches of the Skoda Kamiq, the new urban SUV, come to light 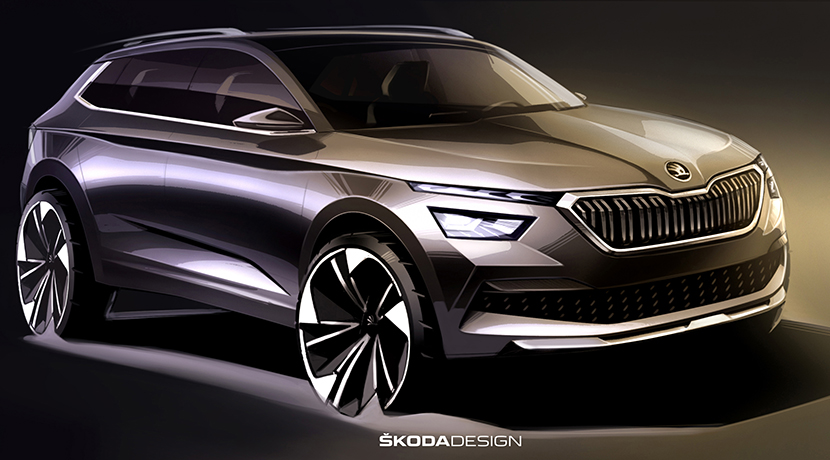 The segment of the crossovers does not to grow, so much so that we already know many categories according to their size, as in the most traditional court cars. Just a few days ago, the Czech brand announced the arrival of a third SUV model to its product offering, which will be positioned as the younger brother of the Kodiaq and Karoq, a Urban SUV . His name is Skoda Kamiq .

Today, the firm has unveiled a couple of sketches that try to anticipate the design basis of this new model for the B-SUV segment . These two images as a teaser already make it very clear that the Skoda Kamiq has taken the base of the Skoda Vision X prototype to develop its exterior design, both in the front and the back. p>

In this way, we can already anticipate some new identity features that will be released with this new model. For example, the highlight of the front is the new light arrangement, with a LED daylight very thin above the main projector. Also its wide main grill with vertical slats. The hood has many tension nerves, giving a lot of character and muscle to the front.

The Skoda Kamiq will be the first Skoda model to feature dynamic front and rear indicators. 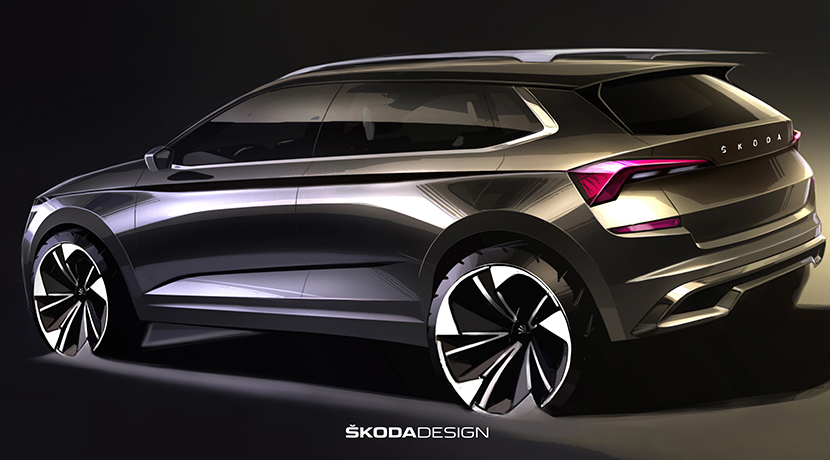 As it happens, with the front and back, the side seen in these sketches also makes us think of the Skoda Vision X. The waistlines are identical, communicating the daytime headlights with the rear pilots. Also it emphasizes a line of the windows quite high, although in the final model it will be a little lower to transmit more feeling of amplitude in the interior. Finally, the ascending line in the lower area of ​​the doors gives that touch of dynamism.

Meanwhile, in the rearguard , the main features are the design of the pilots by its similarity to those used in the new Skoda Scala and the sharp lines of the rear bumper , which uses a very pronounced "diffuser" which in turn integrates a supposed exhaust outlet on each side.

At the moment, the brand has not released any image of the passenger compartment. Anyway, it is planned that this new Skoda Kamiq will see the light for the first time on March 5, at the Geneva Motor Show . As you can imagine, when you belong to the B-SUV segment, your main rivals will be models like the Seat Arona, Kia Stonic, Hyundai Kona, Renault Captur or the new Volkswagen T-Cross.